NewsPaperA Gateway to the Coding Job | Blog
No menu items!
More
Home Career Development What is coding, and how can you learn it? 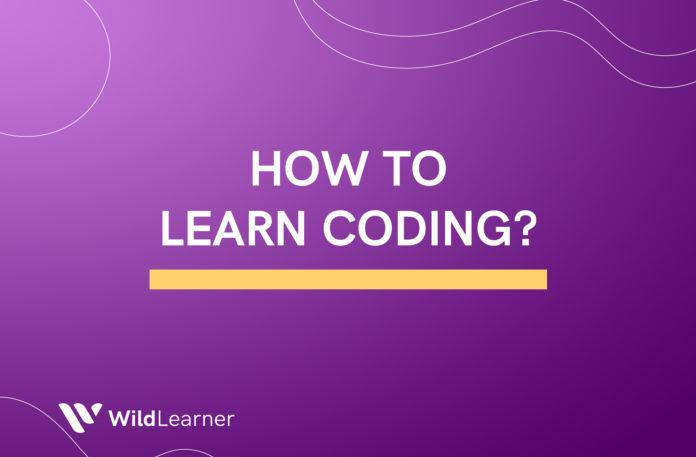 It’s exciting to replace hours of manual working by pressing a simple button. Gradually, technology, especially computers, has almost nothing that they can’t perform as well or even better than humans.

But what is the process behind technological development?

How do computers understand our requests, and how do they keep understanding us better?

The explanation lies in computer coding. If we put it in simple terms, coding is the language of communication with computers. If you want to tell the machine that it should perform a specific action, you code it.

The above basic explanation is for your initial insight into coding. Further in this article, you will know more about coding, its importance in the tech era, and how you can become a part of the evolving profession of a programmer.

Computers understand what they should do by binary codes, representing on (digit 1) and off (digit 2) transistors. Computers do not understand anything besides those two transistors, and managing binary codes is the only way to communicate your requirements to computers.

Each technology around us, not only computers, works on long lines of codes. So, if you want to make a computer work, you should learn how to manage its binary code through a certain coding language. In other words, you should understand how to write code that can translate your needs to the machine.

Here when it comes to the classifications of codes into easy and hard. There are programming languages whose coding part is high-level, meaning the code looks like a human language rather than a technical one. On the contrary, there are low-level programming languages, which are closer to machine language.

Is entering a coding industry a worthy idea?

According to India Today, coding is one of the fundamental literacy skills of the 21st century, and it is projected to be the next most in-demand skill in the world.

We live in the technological era, and the world does not seem to switch to another alternative in the near future. Therefore, technology usage is constantly growing, along with the demand for specialists who can work with that technology.

How to get into coding?

How to navigate among the existing programming languages?

It might seem hard, as there are many languages (around 700 according to some estimations). However, the tech world prefers approximately 10-15 programming languages out of that abundance. Those languages are most often used by programmers and required by the newbies in the industry.

Therefore, if you are in the stage of choosing a programming language to master, narrow down your choice to the languages presented below.

HTML is the standard language for web development. It entered the industry in 1990, and it’s one of the most popular languages used to build web pages.

HTML is the abbreviation for HyperText Markup Language. Markup is the text located in the two pointed brackets: <….>. Each text located inside those brackets communicates to web browsers what kind of content (text, image, etc.) it should display on the World Wide Web.

CSS (sibling of an HTML)

CSS stands for Cascading Style Sheets, and it gives a style and design to what HTML does. In other words, CSS helps programmers determine the page layouts and adapt them to displays of different sizes. Also, it determines colors, font styles, and any other element connected to the visual presentation of the web page’s content.

Though HTML and CSS are often used in combination, they are separate languages, and CSS can be used with any XML-based markup language.

JavaScript is again involved in creating web pages. However, it gets a step further. Basically, if you want to have a dynamic and interactive web page that only displays static information, you should use JavaScript.

Examples of what JavaScript can do include displaying 2D or 3D animations on the page, making the button change its shape or color when the mouse hovers over it, zoom in or zoom out the images, etc.

Python is a synonym of universality and simplicity in the programming industry. Many programmers would prove that one does not need to have a solid technical or coding background to learn Python.

However, the opportunities that Python gives are not as simple as its learning process. It can be used for a wide scale of projects, from basic data analysis and visualization to data science and machine learning projects. Especially popular is Python in data science, as in many organizations, the data processing workloads exclusively run on Python.

We have recently talked about Python and the easiest way to learn it, which you might check.

What are other popular programming languages?

Read more about the programming languages you can learn and how a starting developer should construct his career in general.