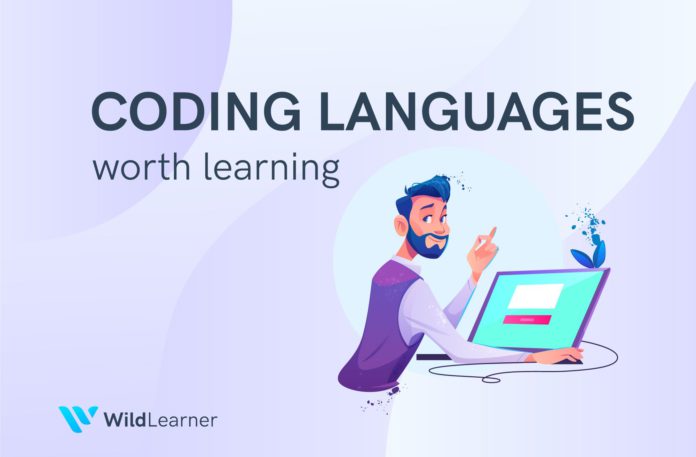 We know you are done with hearing about COVID-19 and its impact on different industries, but we have to talk about it a bit more here.

As part of the rapid digital transformation that happened during a pandemic, the software development industry has undergone many changes. The sole fact that the whole world moved digital speaks for itself. Many businesses that were not even thinking of digitizing or scheduled it for a not near future faced the urgent need to do so.

As a result, there was a load of demand on the development industry.

For you, as a person who is about to enter the coding market, this means a bunch of new opportunities! It means you are about to acquire a competitive profession, where you will have no lack for new projects and career development.

But don’t get scared of the number of competitors you are going to have. There are many ways to quickly upgrade your coding skills to a high level and become a competent specialist.

If you think we want to suggest, you get a college degree for that, no!

But first, what is the best programming language for you to learn?

Pandemic transformations set new tendencies for the development industry for 2021 and above. Among the top coding trends, the new programming trio dominates Java, JavaScript, and Python.

Therefore, we will navigate you through opportunities to learn those languages.

There is a global trend of heavy-weight programming languages losing their popularity, leaving the stage for more developer-friendly languages. However, it’s not only about the ease of learning and coding but also the difficulty/power balance of those coding languages.

Java, JavaScript, and Python provide the highest versatility for programmers, while being high-level and easy to use. As a result, they bring the development of complex projects closer to developers and, therefore, are considered the best choices.

Let’s move on to each of them separately.

Java is one of the oldest programming languages, which has been popular for several decades and is not losing its popularity in 2021. If we compare it to other languages presented below, Java is a bit harder to learn. However, the compromising fact is that Java programmers are in high demand.

The language is highly universal. It runs on Write Once, Run Anywhere capability, which means the projects you write on Java can work in Android, iOS, Windows, Mac, and many other platforms.

Java can be used to build full-scale projects both for application and web development. However, its recent usage is mostly concentrated on Android application development. Its functionality is extensive mainly due to the capability to integrate many APIs, allowing developers to enlarge the scopes that can be completed with the program.

Java is especially used in the fields of Finance and eCommerce because the ability to contain extensive data and guarantee its security is one of the language’s strongest sides. Therefore, if you choose to learn it, you can consider applying to industries like banking, billing, etc.

It would not be an exaggeration to say that JavaScript is used in almost any website you visit. It’s a very popular coding language when it comes to web development. JavaScript is the tool that supports the interactivity of websites. It helps to add dynamic content to any site instead of plain static content.

JavaScript is usually considered a language for the front end; however, you can use it also for backends. Also, sometimes JavaScript is used for mobile development.

JavaScript is perfectly compatible with many popular frameworks, such as Node, Vue, React, etc. Most often, you will be required to use JavaScript with NodeJS, and use it both for server-side and for client-side scripts.

With time, there also developed TypeScript, which is considered a superset of JS. They are completely different programming languages, and you can use them independently. However, in more and more cases, programming projects require you to combine the toolbox of both to utilize more development opportunities.

Therefore, if you choose JavaScript as a language, you will master, also consider having a basic understanding of TypeScript. You can read more about the difference between both languages before making up your mind.

Python was a favorite coding language for developers since its introduction in the 90s. At that time, when the scripts of most coding languages were challenging to write and required much time and effort to learn, Python was a revolution. It was and still is one of the easiest and human-friendly languages, yet it has a wide usage scope.

Most often, you will meet Python in comparison with R, as they both are considered equally popular in the world of data sciences. Python is a top-used language in machine learning, big data, AI, and similar fields. With it, you can deal with large databases, make predictions, and analyze business performance for making data-driven decisions.

However, Python is not only meant for data sciences. Its functions are far more universal and include web development, development of operating systems, desktop and mobile applications, games, and more.

Python has become increasingly popular in the finance sector in recent years because it is very powerful for conducting quantitative and qualitative analyses.

You can look at a more detailed discussion on Python’s features and the most accessible options you have for learning it.

Are you interested in other coding languages with additional functionality?

As mentioned, the above three languages are considered very popular in 2021, and this tendency shouldn’t change for the upcoming several years. However, you might need languages for some narrow specifications, such as building applications, games, websites, etc.

For that reason, you can check our guide on which programming languages you can choose to learn.