NewsPaperA Gateway to the Coding Job | Blog
No menu items!
More
Home Coding Java vs. JavaScript: are they the same? 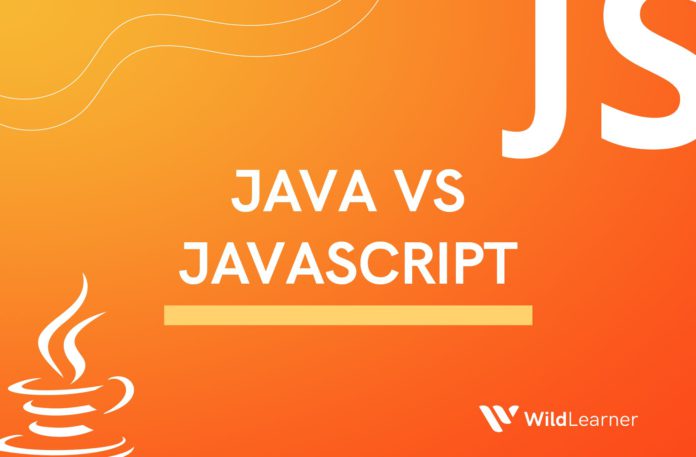 For newcomers in the programming world, JavaScript intuitively seems to be the extension of Java or vice versa. Because of the same component, “Java” in the names of two languages, they seem tightly related.

But is it really the case? Do Java and JavaScript have the same functionality and do you have to learn both if you want to master one of them?

Java was developed in 1995 at Sun Microsystems, which is currently included in the Oracle corporation. The initial name of Java was Oak, which was later changed to current Java by the marketing team of Sun Labs. It is a class-based programming language, and because it is executed in Java Virtual Machine (JVM), Java is platform-independent.

What can you do with Java?

Java developers have a large demand in the job market, as the programming language has a large scale of applications. According to different estimations, a vast majority of enterprises worldwide use Java in their operations. Yearly, there are around 1 billion downloads of Java.

Here are some of the common examples of what you can create with it:

JavaScript is a scripting language, which was created at Netscape in 1990 by developer Brendan Eich. Initially, it was called LiveScript and was inserted directly into the navigator. With this, the language did not require any plug-in or compiler to run a code.

Currently, JavaScript is used in the frontend of almost all websites, where you can see dynamic content. It is a lightweight, cross-platform language, which allows creating interactive website elements like animated buttons, 2D/3D graphics, and similar.

What can you do with JavaScript?

How are Java and JavaScript similar?

JavaScript and Java are somehow interrelated, but the number of their differences far exceeds similarities.

One of the main things the two languages have in common is that they are both object-oriented. This means the final product is composed of different parts or objects which are separately complete but can function only in combination.

Both Java and JavaScript are prevalent programming languages used in the frontend development of websites and web applications. The majority of the sites we use include the codes of both. Also, the two languages can be used on the server-side.

Java and JavaScript both have a syntax similar to C or C++ programming languages. Java is classified into objects and classes. The naming conventions of JavaScript are more similar to Java.

The way you can use them

You can’t use JavaScript code separately. To make it work, you should insert JavaScript text into HTML code. On the contrary, with separate Java code, you can create standalone applications. Java allows having more than one function with the same name, which carries out different tasks. However, in JavaScript, there is no support function overloading.

Java works with the “Write Once, Run Anywhere” principle, which means the same code of Java can run on different platforms. However, JavaScript code should be modified for running on other platforms.

The way you can make changes

With JavaScript, it is far easier to make alterations in code after it runs, while with Java, it is relatively more different. The reason is that JavaScript is a texting code inserted in the HTML code and run through the browser. Anytime you want to change something, you can do it manually and rerun the program within minutes.

Java is compiled before it runs on the Web. In simple terms, the initial code of Java written by the programmer is transferred to another program which makes the code a smaller language. Further, that language is formatted and set to run on the computer. Therefore, each time you want to change a code in Java, you should go to the initial code, make changes and recompile it.

Which one should you learn?

When it comes to which languages you should learn, it’s necessary to consider the purpose of learning a language. In this article, we have mainly listed the technical differences between Java and JavaScript, but you should think of what kind of product you want to build.

JavaScript is used to control the website content and add interactive elements to it. If you already know or plan to learn HTML and CSS, it’s better to learn JavaScript. In this case, you will have a complete toolbox for creating engaging and catchy websites.

If you want to spend a little more effort and time and master a language which will enable you with larger functionality, Java is a better choice. Writing and compiling a Java code is significantly more complex than inserting JavaScript text into the HTML code. However, you can create more complicated products like desktop applications, enterprise-level applications, and similar with Java.