NewsPaperA Gateway to the Coding Job | Blog
No menu items!
More
Home Career Development Face the dilemma of Python vs. Java? Here is what you should... 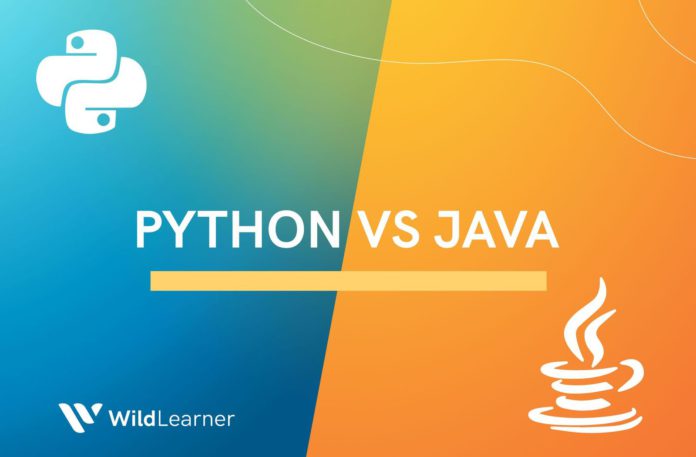 Becoming a web developer is one of the best career choices you can make today. Your next choice for succeeding in the coding industry is what language you should learn.

Python and Javascript are popular programming languages, and both stand out for their capabilities. Therefore, hesitating about which of them you should master is entirely justified.

In this blog post, we will look at Python vs. Java comparison in-depth and help you make up your mind.

Python is a human-friendly and object-oriented language, which became popular since its introduction in the 1980s. The reason for Python’s instant success was that it has a good simplicity/functionality ratio.

While Python’s code is significantly easier to learn than other programming languages, it has robust functionality. You can use the language in:

Python is comprised of libraries, each serving a specific purpose. For example, Pandas libraries allow you to perform business analytics, NumPy is specifically designed for scientific computing, Matplotlib is for creating statistical charts and graphs, etc.

If we look at the date of origin, Java is “younger” than Python. It was created by Oracle in 1995 and is one of the popular high-level, object-oriented languages.

One of the main advantages of Java is that it’s platform-independent, meaning Java is designed to run on any platform. It’s because Java uses Java Virtual Machine (JVM) to interpret compiled code, which serves both as an interpreter and error detector for Java.

Compared to Python and the majority of the programming languages, Java is harder to learn. However, its robust functionality compromises its complicated coding. You can use Java for:

The main difference between Python and Java

Probably, your topmost interest is which of them is easier to learn. So, let’s start from there.

Python is easier to learn

As already stated, Python has a significantly easier syntax; therefore, it’s easier to learn. However, there is another benefit of learning Python.

If you know what specific functions of Python you are going to use, you can learn only those libraries which can help you utilize your desired functions. This means you do not have to know all the Python libraries to use it. Learning some basics + the library you need for a specific project can be enough.

In the case of Java, you will usually need to learn all of the majority of syntax to use it for your projects. Java’s syntax can be compared to that of C or C++, and is classified into objects and classes.

Java is mostly for senior specialists

This might be because of the difficulty to learn or for the larger scope of applications; anyway, Java is usually considered a language for senior developers. In contrast, many beginners in programming are encouraged to learn Python.

Python’s syntax is easier to understand

If you show the codes of Python and Java to non-programmers, you can immediately tell the difference between the complexity of syntaxes.

Python’s code is more human-friendly, which means many words or expressions are close to human language. Therefore, getting the general idea of Python’s syntax is less complicated compared to that of Java. And that’s the reason why many developers choose Python, as its concise code makes application maintenance easier.

On the other hand, you will spend more time and effort when creating a product with Java. It’s because each new version of Java has new features that enable structuring software applications with modules, which, in turn, later became a code. So, each time developers construct something with Java, they have to explore the new features and modules, which makes the overall process longer.

Though Java is more complicated to code and learn than Python, many developers prefer it because of the significant performance advantages.

For example, you can see binary tree loading times faster in Java than in Python. And the reason for that is the way Java and Python compile to bytecode.

OK, so what should be your verdict?

As you see, Python and Java come with their benefits and disadvantages. However, both languages are trendy and worth learning. Which one you should learn first mostly depends on which projects you want to conduct.

If you’re more inclined to enter the world of data science, business analytics, and machine learning, Python is the right choice. In the programming world, Python has become the synonym of data science and data analysis.

If you mainly deal with web products and web development, no doubts you should choose Java. It’s a long-time established web development language with proven performance.

If you want to read about Java and Python in more detail and make a more in-depth comparison between the two, our blog posts on Java and Python might be what you are looking for.

Is it expensive to learn programming languages?

You might be surprised at that point, but you do not have to pay to learn Python on WildLearner.

Our recently introduced Python for data science course consists of 34 interactive, in-depth lessons and is available for you for free.