NewsPaperA Gateway to the Coding Job | Blog
No menu items!
More
Home Career Development C vs. C++ | How Are These Two Cs related? 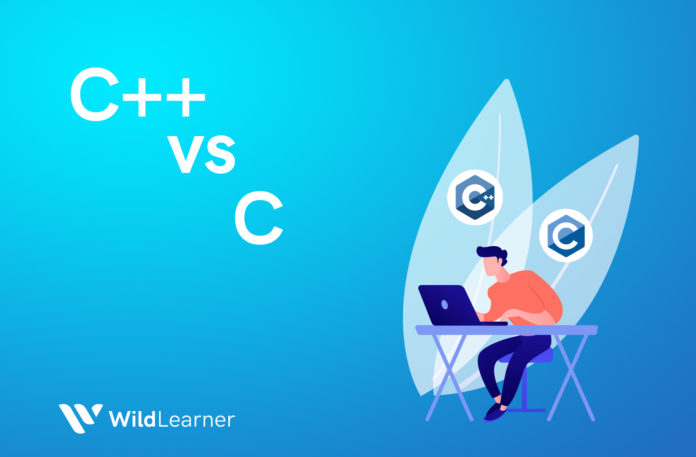 Between 1969 and 1973, Dennis Ritchie at AT&T Bell Labs developed a function-driven programming language, C. It was mainly used for running utilities on the Unix platform.

Later, C served as a prototype for creating many other programming languages, including Java, PHP, Python, and C++.

So, before we jump into the more in-depth comparison of C vs. C++, let’s state that those two languages are tightly related, and C stands at the roots of the history of C++.

In programming communities, it’s accepted to call C the “God of Programming Languages” because, as mentioned earlier, it was the language behind creating many popular programming languages. C is statically typed and supports lexical variable scope, and though it initially was designed to work on Unix OS, it was later widely used on Windows.

One of the key characteristics of the C programming language is that it has a low level of abstraction and is classified as a low or mid-level language.

It’s been over 40 years since the creation of C, and it’s still one of the most popular coding languages, which requires very little runtime support.

Initial purpose: To become a superset of C

The history of C++ started when its creator Bjarne Str., was working on Bell Labs and wanted to create an extended version of C++. Bjarne developed C++ as he was preparing his thesis.

One of the key additions of C++ over C was that it should also support object-oriented programming. However, though C++ reached that goal, it’s currently considered a hybrid language rather than a purely object-oriented one.

Though C++ is the fact the prodigy of C, it managed to add significant capacities to C, including an extended set of library routines. It combines the features of both high-level and low-level coding language and is successfully used in creating many high-performing applications. What’s more, C++ introduced the concept of objects and classes that were not present in C.

Although there are significant similarities in C vs. C++ comparison, the latter is often viewed as an independent coding language, which is highly demanded for creating cloud distributed systems, smartwatches, graphic applications, compilers, etc.

C++ is a lightweight and compiled language, standing behind the global giants such as Facebook, Google, Amazon, etc.

Read our previous guide on C++ for more details.

Well, so which one should you learn?

Before you decide which one to choose in C vs. C++ battle, here is a key fact that you should consider.

C is the base of C++; therefore, you should invest time in at least grasping the basics of C if you want to understand C++ thoroughly.

In which cases should you prefer C++ over C?

C++ is mostly designed for application development, which requires low-level processing. So, if you want to create a similar product or product that works directly with the hardware, choose to learn C++.

Also, if you want to use a programming language that supports inheritance, encapsulation, and abstract, focus on C++.

However, it’s worth noting that in case your conducted projects are simpler or have a moderate scope, it’s better to use C, as it usually results in less overhead.

That’s the question we often listen to, as there is a notion that learning C++ requires extra effort. The reason behind this assumption is that C++ is a large feature size and has many concepts. Therefore, students usually have to think long to figure out which function they should use for their desired result.

However, if you choose a well-detailed online course, which provides you with interactive C++ lessons, you will stop asking the above question.