NewsPaperA Gateway to the Coding Job | Blog
No menu items!
More
Home Career Development 8 Reasons Vue Is Used For: Why Is Vue Growing So Popular? 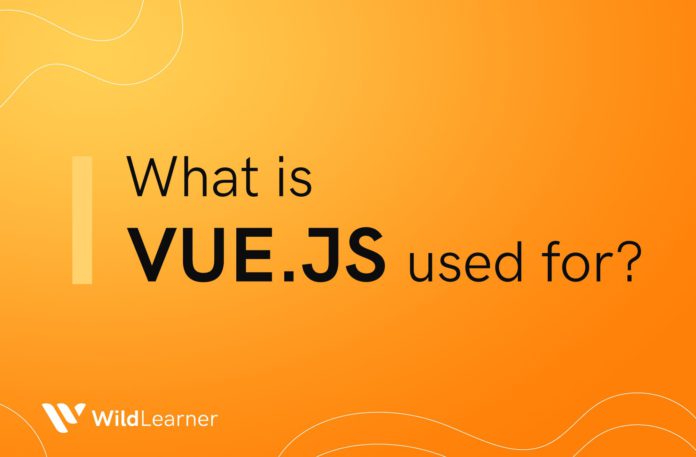 Vue is an open-source JavaScript framework used to develop user interfaces. Created in 2014, Vue is also used to design and develop mobile and desktop applications. Deriving from the JavaScript programming language, Vue has adopted a declarative approach using a standard HTML as its basis and conducting further development on it.

What Is The Essence of Vue Components

Vue uses a component-based rendering method by accepting the components you insert as the inputs. Therefore, the system analyzes your inputted components and renders descriptions based on those. The example below demonstrates the process more clearly.

In specific cases, for example, where you are dealing with a blog and want all of your blog posts to share the same layout with different content, you should be using props. Props are used to assign a specific attribute to a particular component. After the prop is assigned to a component, the latter will get a value and will render this value through its descriptive algorithm.

8 Reasons Why You Should Use Vue

Vue comes with many benefits that you should consider as a developer looking for a framework to make your working process more productive. It provides a virtual DOM (Document Object Model), which makes the processing of single-page applications faster and smoother compared to the traditional DOM.

The use of virtual DOM enables Vue to be lightweight. This helps the system fight against the issue all the developers have been facing when working with traditional DOM: page reloads. The smallest Vue version, petit-vue, weights only 6kb enabling the system to function quickly and efficiently.

Vue Is Very Easy To Start With

A survey amongst successful web developers showed that Vue is easy to start with. As the framework uses a descriptive component-based approach, web developers qualify Vue as a straightforward beginning of a complicated web application.

Install your desired version and start playing around with Vue here.

As mentioned above, Vue uses a component-based rendering method. It breaks down the large and sophisticated codes into smaller components by making the entire code easy to read and understand. Consequently, this guarantees higher chances for ranking and more promising SEO results.

After designing a component for a project, you can reuse it later for your future applications and user interfaces by saving your time and effort.

Notwithstanding its young age, Vue has earned the trust of companies with a high reputation, such as Google, Xiaomi, Adobe, Luis Vuitton, etc. This makes the framework seem more reliable and effective, as these companies have seen a lot in their journeys and are influential opinion leaders for growing web developers.

On its way to growing more extensive and advanced, Vue has developed its routing mechanism, Vue Router, and its management storage, Vue. These tools make the framework richer and more attractive in the market by offering extra opportunities to its users.

Vue Is Easy To Learn

While the main competitors of Vue, such as React and Angular, require the basic knowledge of JavaScript and JSX, Vue requires no detailed background knowledge. A little understanding of HTML and CSS would be enough for you to perceive Vue easily. The main reason for this is that Vue is simply a framework, while React and Angular are libraries designed in JavaScript.

Where To Learn Programming Languages And More?

After you have learned and digested all the above-given information, you are likely willing to start learning to code or improve your skills in coding. If this is the case, WildLearner is your next destination. Whether you want to start your journey as a web developer or someone who wants to learn something new in programming, WildLearner will satisfy your needs by offering advanced programming courses for free.

Explore the wide variety of courses, including but not ending with HTML, CSS, and JavaScript, offered by WildLearner.

With WildLearner, you have a flexible schedule. Determine your learning pace based on your routine and take as much time as necessary to complete the course.

Vue is used for creating user interfaces and single-page applications and is particularly designed for front-end developers. It comes with multiple benefits, including a fast and uncomplicated working process, easy implementation, rich ecosystem, component-based declarative programming approach, and virtual DOM.

Web developers trust the framework as well-known companies have successfully implemented it. Furthermore, Vue is easy to learn and adopt since it does not require advanced background knowledge. The only necessary skills you are encouraged to have when starting to learn Vue are the basics of HTML and CSS. Take the HTML and CSS courses offered by WildLearner to be prepared for learning Vue.