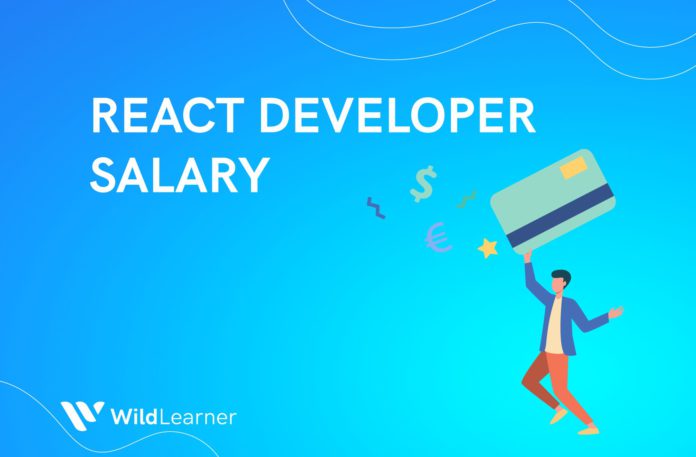 React is a declarative JavaScript library that enables designing sophisticated user interfaces with the help of components. It optimizes the user experience. The Meta community leaders designed React JS as an advanced solution to DOM DOM (Document Object Model). A more accelerated solution was needed because DOM took a long time to load. Thus, the Meta community developed React, which has a virtual DOM and loads momentarily, ensuring a user-friendly experience.

Start learning React JS from the beginning and earn a completion certificate for free at the end of your course at WildLearner.

Why Is There A High Demand For React Developers?

Besides the fast-loading mechanism, numerous motives drive developers to choose React over similar tools. React is built with small pieces of code known as components. Frequently, developers want to use a component they have created in an earlier application but fail to do so as the system requires them to design the component from scratch for the new application. React is reusable and enables developers to copy components from previous applications and use them when developing new applications. As a result, reusability saves developers’ time and makes React a more appealing option.

In addition to being reusable and fast, React is also known for its SEO-friendliness. Companies like Facebook, Instagram, and Netflix have chosen React for their operations as they have found this advanced version of JavaScript to be the most convenient tool.

How Much Do React JS Developers Earn?

Here is an overview of some data gathered from 4 prestigious job posting platforms that will help you better understand the React developer’s average salary based on observations made in the US job market.

According to ZipRecruiter, the average annual pay for React Developers is about $108,485 yearly. To break it down, this amount would be equivalent to $52.16 per hour, $2,086 per week, and $9,040 per month. The employment marketplace has observed the 25th percentile of $84,000 and the 75th percentile of $132,000. These numbers, accompanied by other findings of ZipRecruiter, cause analysts to consider the average salary of React developers to fluctuate significantly. Analysts find this because the field is in the stage of improvement and has plenty of space to grow and develop.

Here are the top 5 best-paying jobs in the U.S. that relate to React industry and are strongly connected with the job of React Developer.

Lastly, seven of the ten highest paying cities for React developer jobs are in California. This illustrates how fast California responds to the amendments in innovative technology.

Talent.com is slightly more generous in its estimations. Based on its findings, the platform suggests an average annual React JS Developer Salary of $118,200, equivalent to $60.62 per hour. This platform qualifies a $100,000 salary for this position as low and $150,000 as high. Based on research conducted in different US states, the highest paying states are New York, Washington, Georgia, and California.

Payscale provides a broader image of data collection. It illustrates the salary ranges of all positions with React JS skills. Thus, the average salary for a front-end developer with React JS skills is $83,350. The range of salaries is $56,000 – $127,000.

Check out other related jobs for professionals who possess skills of React JS as a part of their skillset.

To summarize our findings, React is the newer and more advanced version of JavaScript that enables the design of more complex user interfaces through a simpler and faster mechanism. As React has adopted a virtual DOM, is reusable and convenient for designing new applications, and stands out for its SEO-friendliness, its demand keeps increasing. As a result, the need for React Developers increases, too.

The data available on this specialization keeps changing rapidly. Different platforms estimate the average React Developer’s salaries differently. We notice that the annual average wage for a React Developer is between $105,000 and $120,000. Hence, the varying results serve as reliable estimates.

There are certain states where the field is developing quickly. Talent.com has found that New York, Washington, Georgia, and California are the best-paying states for the position. Moreover, seven out of ten best-paying cities for React developer jobs were in California, as the ZipRecruiter research showed.

If the job seems an exciting opportunity for you or the salary fits your needs and wants, you can start learning React JS right now for free at WildLearner. Simply sign up and create an account, and you are ready to start your journey in this never-ending learning process. Do not forget to print your certificate after completing the course to impress your employer and prove your new skills!