NewsPaperA Gateway to the Coding Job | Blog
No menu items!
More
Home Coding Why Use React for Mobile App Development? Things to Learn 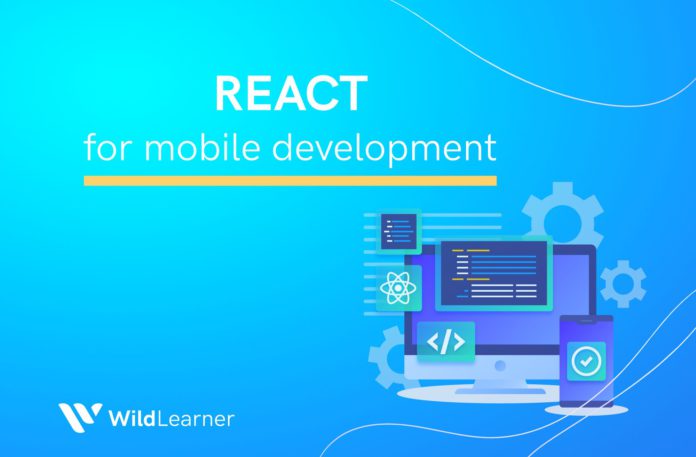 Nowadays, people like accessing everything from their smartphones by thus carrying the world in their pockets. Therefore, developers are trying to meet the constantly increasing demand for mobile apps. This is why almost every website you encounter has a professionally adjusted mobile version or a separate app. React is becoming one of the most popular frameworks in the world of mobile app development. If you’re unfamiliar with it, now is a good time to learn more about why it’s gaining traction among developers.

So, whether you’re a seasoned developer or just getting started, read on to learn more about how you can use React to design mobile apps.

What is React? React JS VS. React Native

People often refer to React JS and React Native as the same thing. Although both of them were created by the Meta community, there are several functional differences with which professionals distinguish the two.

React JS is a JavaScript library used to build complex user interfaces (UIs) using coding snippets known as components. It uses a declarative programming approach. Specifically, the render method displays whatever you instruct the system to show through the component description you write.

Meta owners created React JS as a cutting-edge alternative to DOM. The latter was taking a lot of time to load and function. Thus, they created React JS, which has a virtual DOM and guarantees fast page updates and functionality. Initially developed solely for Facebook, React JS became an open-source JavaScript library.

React Native was created based on React JS. The Meta community optimized their web operations through React JS, but the mobile site was still an issue. Developers were spending too much time using different programming languages to adjust the mobile applications for iOS and Android users. As a result, React Native was built to address this concern.

React Native enables the creation of native mobile apps through JavaScript. It allows using just one coding language to design apps for both iOS and Android users.

Why Use React Native for Mobile Apps?

Now that we covered the differences between React and React Native, it’s time to answer the question: why use React Native for mobile app development?

As mentioned earlier, React Native enables the development of code that works both on iOS and Android devices. This is a significant advantage as it saves you time and money that would otherwise be spent on developing separate apps for each operating system.

React Native apps offer a native user experience because they are not just web apps in a mobile browser. The code is executed directly on the device, so the app looks and feels like any other app written in Java or Objective-C.

Facebook designed and used React Native for its mobile apps. This means that as a Facebook user who has entered into their account through a mobile device, you have experienced the app produced through React Native. This evokes trust and security towards the JavaScript framework. In addition, from the time React Native went open-source, many prestigious companies started using it for their mobile app development. Some of these companies are Skype, Instagram, Tesla, and more.

React Native allows you to reuse code components between different platforms to develop your app faster. Reusability is a great benefit because it saves time and effort and removes a lot of work. In addition, the hot reloading feature helps to see the changes made almost instantly. For instance, let’s say you want to include a component you developed for your earlier projects into a new online application you are creating. If so, you may reuse it easily and avoid making the same components twice.

If you are familiar with JavaScript, then you will find it very easy to work with React Native. If not using React Native, you would have to learn Java and Swift to develop the mobile apps through these languages. These are relatively more challenging languages to learn and will require more time and effort than just learning React with a foundation of JavaScript.

Whichever way you want to produce your mobile apps, WildLearner offers free online courses for all the languages mentioned above for you to master your programming skills.

Get started with WildLearner and receive a certificate of completion once you successfully finish the course!

React Native has been around for a while and doesn’t seem to be going anywhere anytime soon. The number of jobs related to React Native is constantly increasing, which means that there will always be a demand for developers who know how to use this technology. In addition, React Native is continuously being updated with new features, so developers need to keep up-to-date with the latest changes.

React Native is a JavaScript framework that enables the development of native mobile apps for iOS and Android devices. The main advantages of using React Native are its cross-platform interoperability, native user experience, faster growth, and reliability. React Native should be one of your top choices if you’re looking to develop a mobile app.

WildLearner offers free online courses for React Native, so you can master the technology and start your career as a developer today! Get started with WildLearner and receive a certificate of completion once you successfully finish the course!

Best Backend Technologies to Use with React JS

How to Learn React: Background Knowledge and WildLearner

What Job Is IT? Types of IT Jobs You Can Apply For Today