NewsPaperA Gateway to the Coding Job | Blog
No menu items!
More
Home Coding React vs. Redux: Choose Your Side Wisely! 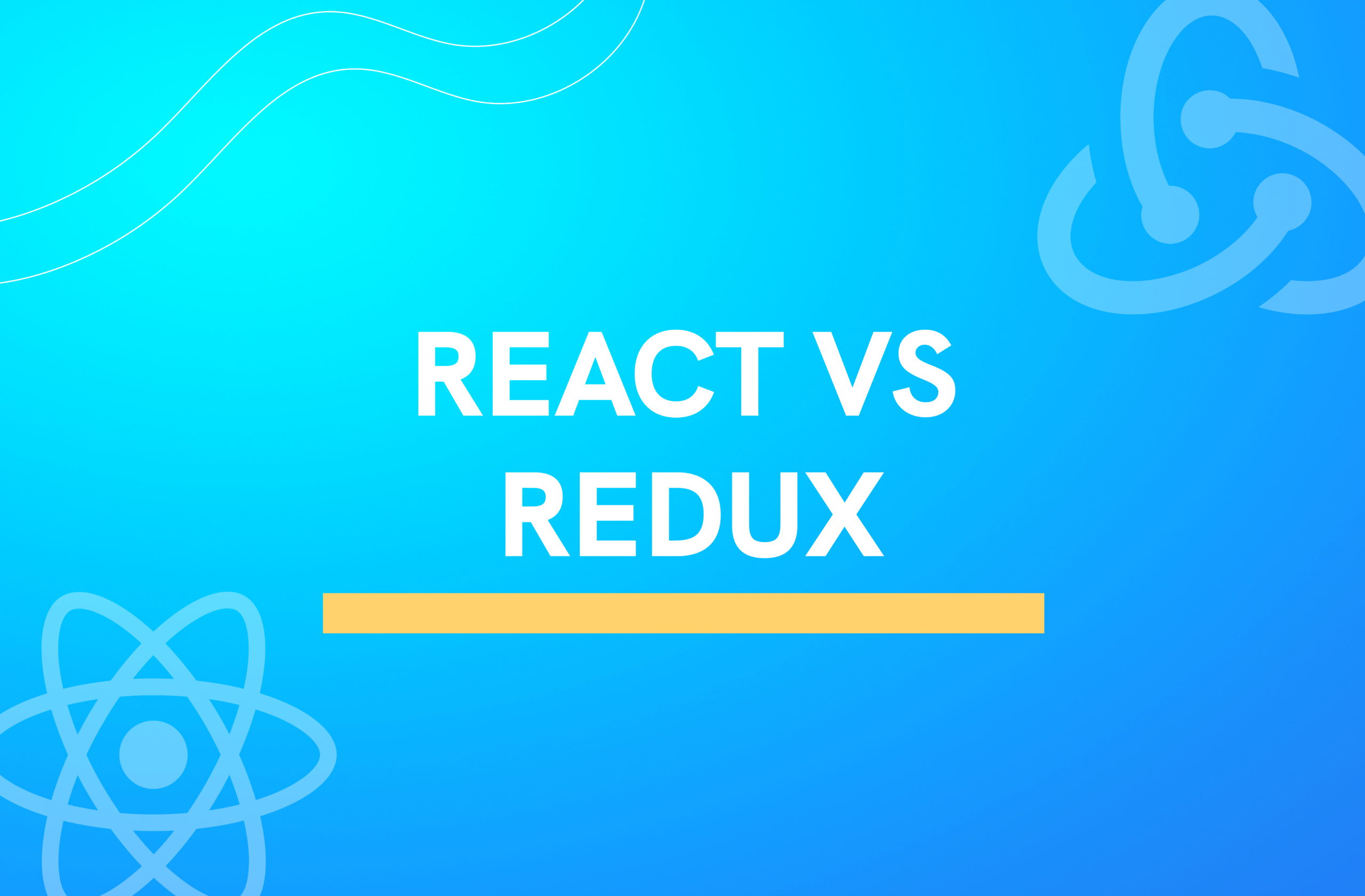 React and Redux are two of the most popular front-end development frameworks today. With the growing number of Redux users, there have been a lot of discussions lately about which one of the two is better. The answer to this question is complex, as the React vs. Redux dilemma has no clear winner. It all depends on the specific needs of your project.

Still, today’s research will dwell on the core advantages and disadvantages to provide clear guidelines for choosing the best fit for your project. We will start by exploring the basic concepts of each technology, shift to their fundamental differences, and analyze use cases to see when you should use React and when Redux is a better option.

The Fundaments of React

Being a JavaScript library for building user interfaces, React was first open-sourced by Facebook in 2013. The open-source community soon after adopted it as the preferred front-end development tool. Its earlier prototype, FaxJS, was influenced by XHP, an HTML component library for PHP.

React has since become one of the most popular JavaScript libraries, with over 150,000 websites built using it. Several world’s leading brands and applications using React as a primary front-end technology include New York Times, Instagram, Netflix, Dropbox, Khan Academy, etc.

Creating interactive UIs is always stressful. However, React allows breaking down complex UIs into small, reusable code components. Due to its simple design and unique features, React has rapidly gained popularity among developers.

Learn React to master these skills:

The React library itself is very small and straightforward. However, to master it, you should have decent JavaScript knowledge and know the basic concepts of Object-Oriented Programming, MVC, and functional programming.

What’s so special about React? Let’s take a look at some of its key advantages.

The Pros of React For Developers

And by “reusable,” we mean both build and code reuse. The beauty of React is that you can create encapsulated components that manage their state. Developing relatively simpler and smaller pieces of UI, developers can later include them in any part of the application. These components can be reused as often without affecting the rest of the code.

Another great feature that React offers is hot reloading and live preview. These two work together to provide a fast feedback loop helping accelerate the development process.

Hot reload refers to updating the code changes made to the React components without refreshing the entire app. On the other hand, live preview is a feature that allows developers to see the code changes they make in real-time. Combined, these two React features can help developers work faster and make fewer mistakes.

The Document Object Model (DOM) is responsible for how various elements appear on a web page. It is a cross-platform and language-independent interface that treats HTML, XML, or any other document as a tree structure wherein each node is an object representing a part of the document.

Each time you change the React components, the entire UI is re-rendered in the DOM. This process can be relatively expensive, especially for large applications with complex UIs.

To solve this performance issue, React uses a virtual version. It is a JavaScript representation of the actual DOM. Whenever UI changes occur, the virtual DOM gets updated first. Then, the React DOM compares the virtual with the actual one and makes the necessary changes. This way, only those components that need to be updated get re-rendered in the DOM, making the process much faster.

The Fundaments of Redux

Redux is а state management system for the JavaScript library. Dan Abramov and Andrew Clark created the library in 2015. Since then, programmers have been learning Redux to manage the state of React applications.

Redux is inspired by Facebook’s Flux architecture, a concept of unidirectional data flow. Developers admire it due to its simple and highly predictable container for application state. However, Redux has several improvements over Flux. For instance, Redux is more performant and easier to use. Flux, on the other hand, has a steeper learning curve.

The Pros of Redux For Developers

States are invariably predictable in Redux libraries. The Redux state container is immutable, meaning the states can only be changed by emitting an action. The application becomes more predictable and easier to test thanks to Redux’s strict unidirectional data flow.

Redux is easy to implement, even in the biggest projects. Redux has middleware libraries, such as Redux Thunk and Redux Saga, providing asynchronous functionality and side effects.

Developers using Redux can take advantage of Redux Devtools, a Google Chrome extension. Redux Devtools helps debug Redux applications by allowing developers to trace when, where, why, and how the application’s state changed.

Redux’s code is easy to read, understand, and modify. It also follows the standard coding style and conventions, making it easy to maintain.

Unlike many state management solutions, Redux doesn’t require developers to use much boilerplate code. This makes Redux applications more concise and more accessible for decoding.

React vs. Redux: Who’s the Winner?

To find a clear answer to this question, many developers pit React against Redux. However, this is not an apples-to-apples comparison, as Redux is a state management solution while React is a front-end framework.

Redux is not bound to React only. It can be used with any other front-end framework, such as Angular, Vue.js, etc. However, Redux works best with React due to its functional programming style similar to that of React.

Let’s briefly skim several use cases to see where React and Redux are more suitable.

Which One Will You Choose?

In fact, the project and application size are only some of the factors you should consider when choosing between React and Redux. Your development team’s experience, skills, and preferences also play an essential role in decision-making.

At the end of the day, React and Redux can be used together to create great user interfaces and user experiences. It all boils down to your development team’s preferences and the specific project requirements.

In the end, the decision to use React or Redux for your next project comes down to several factors. If you’re looking to add a new layer to your JavaScript or React base project, Redux is the way to go. Nevertheless, the foundation of every Redux project is React. Thus, learning the basics of React is a prerequisite for Redux.

Get the free app to become a pro coder today!