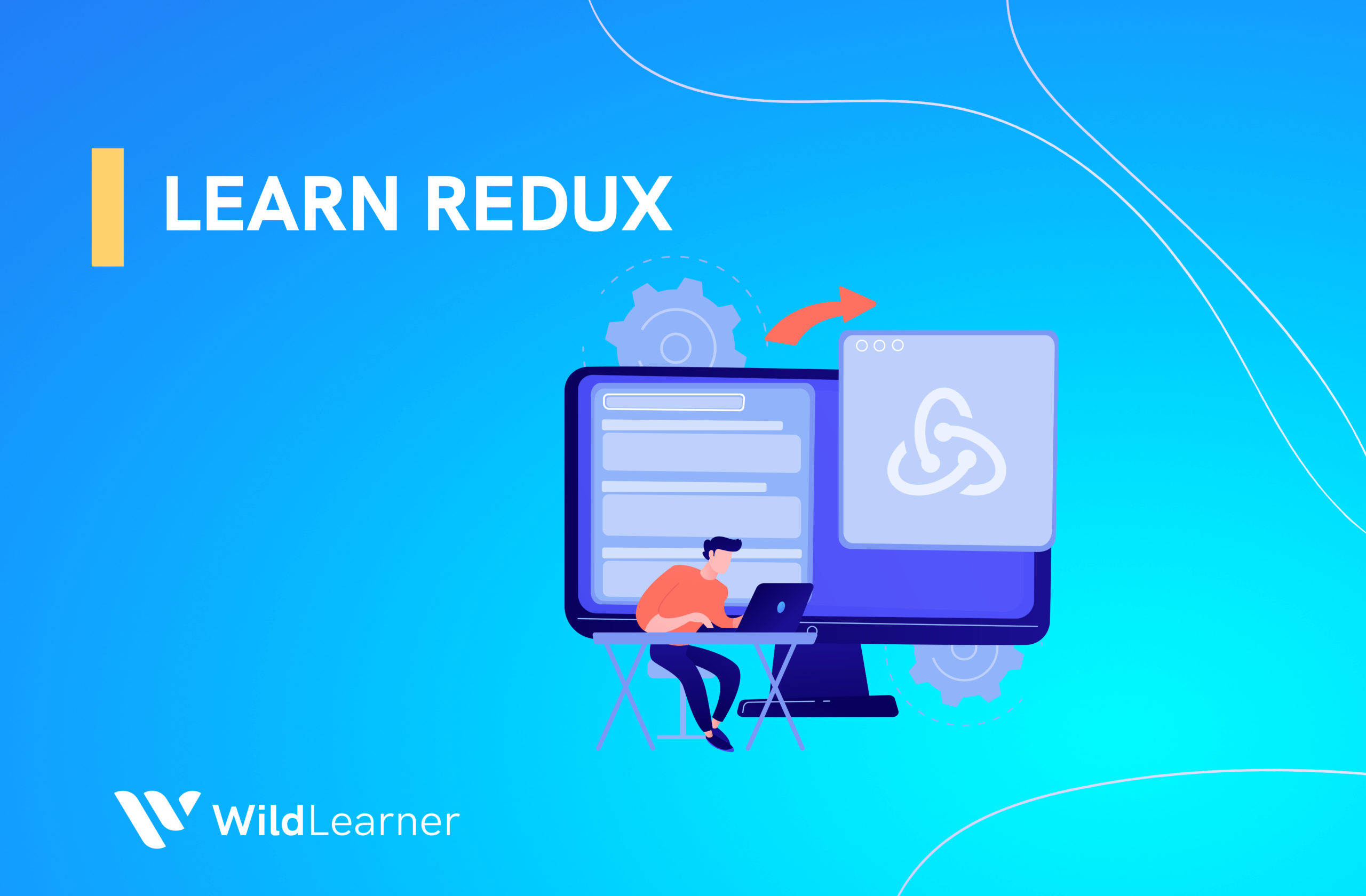 If you’re looking for a comprehensive guide on Redux, look no further! This article will help you learn Redux fundamentals for beginners, explaining why it’s so popular with React developers. We’ll also walk you through setting up a development environment and creating your first Redux application.

Is it possible to learn Redux online for free? Let’s find the answers together!

To master it, you must know the basic concepts of Redux:

We’ll not go too deep, as you can find a detailed explanation of each concept in our comprehensive guide to Redux fundamentals.

In brief, the Redux store defines the state of your application. It’s not a class. View it as a single object that contains all the data relevant to the app.

Actions are objects that describe changes to the store. The system views action objects as arguments. Once the action is processed, the store updates itself.

Reducers are functions that take two arguments: the current state and an action object. Calculating the next state and returning it is the reducer’s primary role.

Setting Up the Environment

Setting up a development environment is the first step if you’re just starting with Redux. We recommend using create-react-app to generate a boilerplate React application. Having a decent knowledge of React is a must for understanding this guide. It will set a pleasant development environment and help you use the latest JavaScript features.

If you don’t have create-react-app installed yet, run the following command:

Once you successfully install Redux, it’s time to set up the system using the following commands:

If you plan to use Redux with an application in React, consider installing the following dependency:

Developers cannot use Redux without development tools. Thus, installing them in advance before working with the library is best. To do so, run this command:

Installing the Redux DevTool Extention is an excellent alternative to the dev tools if you don’t want to install them manually. The extension is available for Firefox and Google Chrome.

Before you rush to create your first application with Redux, ensure you understand the library’s basic concepts. Otherwise, it would be challenging to use Redux efficiently.

As the core of Redux, reducers are essential for understanding how the state changes. They act as pure functions that take the current state and an action object as arguments and return the next state.

Plainly speaking, when an action triggers, a reducer calculates the next state and returns it. The store then updates itself accordingly.

You might wonder, “Why can’t I mutate the state directly?” The answer is simple: mutating the state would make it challenging to determine when it changed. By constantly returning a new object, you can take advantage of reference equality checking to update the user interface efficiently.

Here’s an example of a code snippet for your reference:

Keeping track may be challenging. While dealing with a couple of states, you will simultaneously deal with the corresponding amount of reducers. Thus, it would be best if you used the combineReducers utility function. It accepts an object whose keys correspond to different parts of the state, and the values are different reducing functions.

Actions in Redux act as JS object payloads that send data from the application to the store. To process an action, the store needs a reducer. The reducer takes the current state and the action object as arguments and returns the next state.

As a rule, actions include a type and payload (optional). Payloads of information transfer data from the applications to the store. The type property is a constant that labels the action object.

Here’s an example of the syntax for better understanding:

A store is an object tree of the entire application state that is not prone to modifications. The store saves actions and reducers. In simple words, it is the heart of Redux.

You can only have a single store in a Redux application. When you need to split data handling logic, use reducers instead.

To create a store for your future application, we’ll use the createStore method. However, note that this requires importing the createStore package in advance from the Redux Library. Follow the code snippet below:

The store will be equipped with three arguments:

The reducer is compulsory for every kind of project. Nevertheless, developers can freely choose whether preloadedState and enhancer should be included. For your notice, the enhancer is used to improve the store’s abilities with third-party capacities, and preloadedState aims to set the initial state of the application.

It’s a set of helper functions that allow you to use Redux with React. React-Redux bindings provide a connection between the store and React components. If the connection is absent, the components will have no access to the store’s state and won’t be able to dispatch actions.

The most recent version of React Redux 8.x requires React 16.8.3 or later / React Native 0.59 or later for optimal results.

The software development industry is rapidly changing, and new technologies emerge yearly. In fact, it’s, by all means, one of the fastest-growing global industries!

Statistics claim that there are over 26.9 million software developers worldwide. The demand for qualified specialists constantly exceeds the supply. Each professional works hard to become a part of the leading companies and projects.

The industry is growing, and the need for developers is only getting bigger! Constantly being aware of the latest trends is essential for every developer who wants to stay ahead of the curve. Thus, learn new programming languages, tools, and technologies to stay relevant in the industry.

If finding a comprehensive yet easily digestible guide on Redux is what you’re looking for, you’ve come to the right place. WildLearner is a programmer’s dream paradise with many courses and resources created by field experts. Providing a wide range of coding courses, the platform is an excellent starting point for your learning. The best part is it’s free to get started, learn and receive a certificate of completion!

Check out the resources below if you want to learn more about Redux or other field-related stuff. They are incredibly helpful and will get you up to speed in no time!

What is Redux? A Complete Guide to Redux Fundamentals!

React vs. Redux: Choose Your Side Wisely!