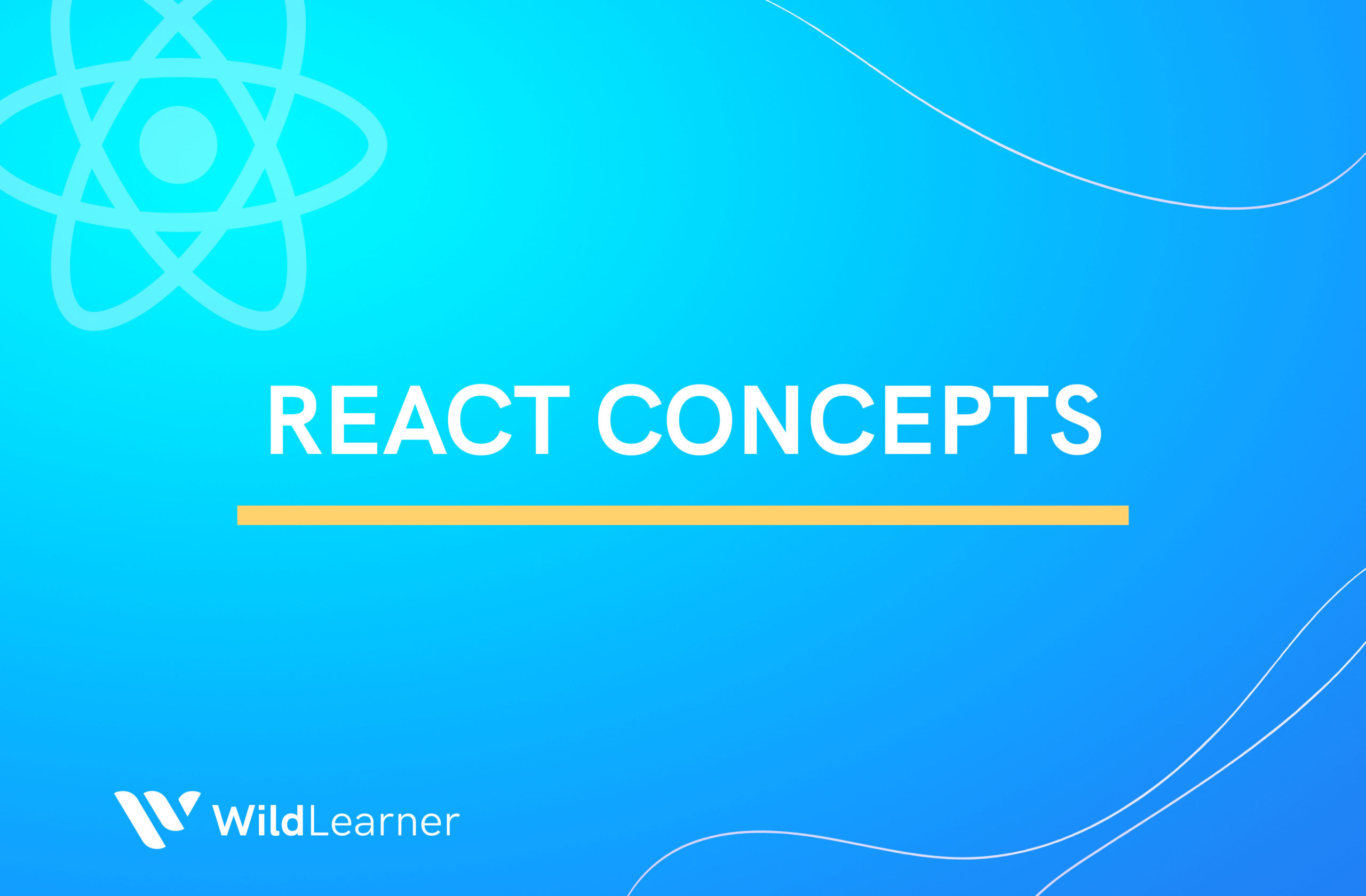 React is a dynamic JavaScript library that has opened many doors for web developers. There are many concepts to understand and learn before you can start building your own applications. Whether a novice or an experienced developer, it’s essential to understand basic and advanced React concepts for successful workflows.

This article will explore each of the core concepts of the second most used frameworks among developers. Let’s explore everything from the basics to the more complex features of React and how to learn it freely in 2023!

It provides comprehensive concepts, including components, props, state management and more. Understanding how these integrated concepts work together is vital for creating efficient, well-structured apps that are easy to maintain and extend over time.

With the right knowledge of React concepts, you can unlock the potential of this powerful framework and create amazing experiences for your users.

The Virtual DOM (Document Object Model) is a core React concept. It is a programming concept that helps developers create user interfaces more efficiently and is one reason Reach is widespread.

At its core, the Virtual DOM acts as an intermediary between the actual DOM and React components. Whenever changes are made to the state or props of a component, React creates a new virtual representation of the UI and compares it with the previous version to determine what has changed.

This process allows for fast updates, as only those parts that have actually changed are updated in the browser’s actual DOM. As a result, React can quickly develop complex user interfaces without worrying about how their code will affect performance or efficiency. With this tool in their arsenal, developers can rapidly create polished experiences for their users that feel snappy and responsive on any device or platform they may be using.

React components are the building blocks of React applications. They are JavaScript functions that accept arbitrary inputs, called props, and return React elements that determine what appears on the screen.

React concepts like components allow developers to create modularized code that can be reused across an application or multiple applications. By breaking down complex tasks into smaller chunks, developers can quickly build sophisticated user interfaces with less effort.

Components also increase readability and maintainability by providing a clear structure to the codebase.

Components can be broken down into two types:

The Component Lifecycle is an advanced React concept when developing an app. It consists of the sequence of events that occur when a component is created or destroyed. Understanding how this lifecycle works can help developers better design components that are efficient and easy to use.

Overall, each step in the cycle invokes specific methods that can be used to customize components as needed by developers.

The React concepts and components make this library so powerful and widely used by developers today. The top React component libraries like Bootstrap, Material UI React, and Ant Design React offer an array of tools to help developers create the perfect user experience for their projects.

From small UI elements like buttons and dropdowns to complex view management solutions, each React component library provides helpful tools to streamline development processes. Whether you’re a beginner looking for a place to start or an experienced developer seeking enhanced features, these top React component libraries have you covered! With various resources at your fingertips, you’ll be able to craft the perfect interface in no time.

Props or Properties are read-only components to store the value of attributes of a tag. Like HTML attributes, React props pass data through components, but the value of a property is variable. Once the initialization is complete, the attributes’ job is done.

As props are another advanced React concept to understand when developing applications with the popular JavaScript library, let’s take a quick look at props features and how they work.

For example, writing “function Tool(props){}” in the first line of code enables you to use props in the app’s component automatically.

Unlike constant Attributes defined by HTML, Props can be either passed directly into a template or declared variables in data.

Placing the variables in your code, you have imported the tool component, which is ready to create default data, and then make it dynamic for any component using the logic in the tool.

While the JSX template is generally used for variables, reactDom.render() is commonplace for immutable data in the component.

Another advanced React concept is setting the state in the component and using props to pass it.

To contain data about your component, you need to use an updatable structure called State.

Once the default set of values is complete, you can define a state that changes over time mainly as a response to the user action, determined by the react component you have declared the values for.

State is one of the core concepts in React. It is a collection of values managed and kept track of within the component. With state, developers can create dynamic components that respond to user input, update when data changes, and provide powerful experiences for users.

Using state in React allows developers to write declarative code, making it easier to read and maintain than imperative code. As well as being used for simple data storage, State can make components interactive by manipulating the DOM in response to user events such as clicks or keypresses. State also enables developers to leverage conditional rendering and re-rendering features while keeping their components organized and easy to understand.

Hooks are functions that allow you to tap into React state and lifecycle features from within a function component.

Using hooks, developers can create reusable logic across components without using classes and complex higher-order components. This is a great way for developers to reuse code in multiple places without needing to rewrite it repeatedly.

By using hooks, developers can create powerful features such as custom hooks or third-party libraries like React Redux, which allow you to interact with the global State from anywhere in your application. Hooks make it easy for developers to keep their applications maintainable and organized while providing an efficient user experience.

React is a popular JavaScript library for building user interfaces. Developers use it across the web for its ability to create dynamic and engaging experiences.

React concepts such as state and props are key components of developing applications with React. To understand how React works, it’s essential to know the difference between state and props in React.

State is an object that manages data within a component that can change over time. It allows components to be dynamic and gives users options for interacting with while using your application.

You read it right! As modern technologies and web development frameworks like React become increasingly popular, resources and platforms emerge to help developers sharpen their skills and learn new concepts online for free!

With our comprehensive online tutorials, everyone can learn all the basics of React, from setting up the environment to creating interactive UIs in no time!

WildLearner has a series of easy-to-follow lessons that cover all aspects of working with React. We provide complete tutorials and tests in terms of learning React. By using online free courses in WildLearner, everyone is able to learn this helpful library and get a free certificate to jump into the market.

All in all, learning basic and advanced React concepts is a powerful and efficient way of developing complex web applications. With the ability to break down code into components, developers can easily create dynamic user interfaces with minimal effort. Additionally, React offers various tools and libraries that make it easy to build, maintain and update applications quickly and efficiently. These concepts allow developers to create robust applications with fewer development cycles and costs.

So, hop on to learn React for FREE and become a reliable niche professional in 2023!