NewsPaperA Gateway to the Coding Job | Blog
No menu items!
More
Home Coding Everything You Need About Vue.js | Complete Guide for Beginners 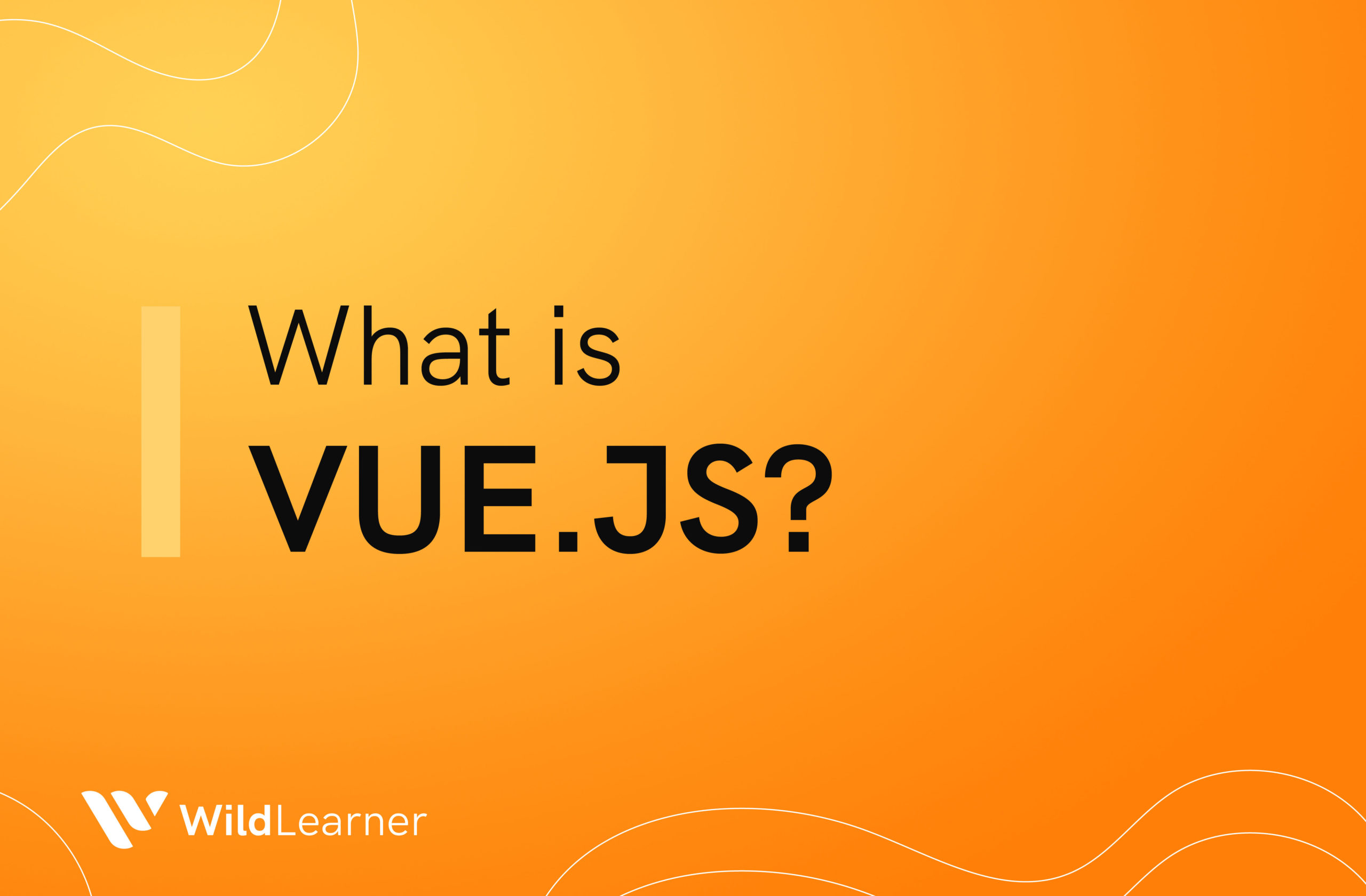 Since Vue.js added 40k stars on GitHub in 2017, it has been commonplace in JavaScript projects. But the obvious question is, what is Vue.js?

And the simplest answer is it is a progressive, open-source JavaScript framework.

Vue.js facilitates the development of dynamic web applications and user interfaces with a component-based programming model, making it the perfect choice for experienced and novice web developers.

Following that, it’s been gaining attention in the tech industry for its innovative approach to building robust, lightweight web applications.

This blog will explore the following topics:

It is an open-source and model-view JavaScript framework for using user interfaces and single-page applications.

Vue.js uses an approachable core library that focuses on the view layer only, making it easy to integrate with other libraries or existing projects.

Its reactive data binding system allows developers to create rich and dynamic user interfaces with minimal effort, while its component-based architecture makes code reuse easier than ever before. Furthermore, it offers a straightforward learning curve compared to other frameworks like Angular.js or React.js, so developers can easily get up and running quickly without feeling overwhelmed by complicated concepts or features.

The MVVM architecture allows for the business logic, or model, to be distinguished from the graphical UI or view. Now that you know what Vue.js is, let’s take the next step.

What Is Vue.js Used For?

Vue.js is an open-source JavaScript framework for building user interfaces and single-page applications. It’s been gaining popularity among web developers due to its small size, speed, and flexibility. So, what is Vue.js used for?

This powerful JavaScript library can be used to create high-performance web applications that are both fast and reactive. It’s easy to learn and allows developers to quickly create dynamic user interfaces with minimal coding knowledge or experience.

Vue also makes it possible to write complex applications without needing a vast codebase, as the framework is designed for integration into existing applications. This makes it ideal for those who want a cost-effective way of developing interactive websites in the shortest time possible.

How to Learn Vue.js for Free?

Vue developers are estimated to earn $59 per hour. It’s a great skill and an even better one to learn. Fortunately, plenty of free resources are available online, making it easy to get started with Vue.js.

With its advanced features and components, it can seem overwhelming to get started. But don’t worry! You can learn Vue for free with WildLearner’s online course!

WildLearner offers comprehensive tutorials with everything you need to know about Vue from start to finish. It covers components, routing, state management, directives, and filters which are the building blocks of any Vue application. The content is easy to follow, along with detailed explanations and examples that make learning enjoyable. You will get a free certificate from WildLearner!

WildLearner’s online course makes learning Vue easier than ever without spending a dime. So why wait?

Advantages and Disadvantages of Vue.js

Although Vue.js comes with lots of advantages, it also has a few shortcomings. Here are a few Vue.js pros and cons to consider before implementation.

Over the past five years, Vue.js had the most GitHub stars. Even though the React JS community doesn’t have a massive fan base, Vue.js has high recognition from its developers. Most users interacting with Vue.js immediately fall in love with it.

Vue.js was first released in 2014. Since then, it’s continuously evolved. At the beginning of 2018, Vue.js almost grew Angular in popularity. In September 2018, Evan You announced the release of Vue 3.0. The community of Vue.js is growing along with its overall usage.

Vue.js has one of the best-written Documentation we have ever seen and recommended. This Documentation takes us through an effortless, step-by-step tutorial that doesn’t feel like we experienced or altered. The learning curve is effortless compared to learning React.JS and Angular.

Developers enjoy coding or constructing solutions in Vue.js. They enjoy the freedom of an unopinionated environment and like feeling the comfort of a code-centered ambiance. Vue.js includes a component-based system, which component developers will appreciate the most.

Vue.js enables developers to create web pages quickly using highly customizable components and pre-defined templates with minimal coding needed compared to other frameworks such as React or Angular. It also supports single-page applications (SPAs) and traditional server-side rendered applications, making it suitable for almost any application development project regardless of size or complexity.

Despite the many benefits of using Vue.js, it has some drawbacks to consider before starting a project.

One of the main disadvantages is that since Vue has been out for a shorter amount of time than other frameworks, there is limited community support available for unexpected problems you may experience while working with it.

Additionally, since all code must be written in JavaScript for this framework, any errors within your code can be difficult to debug if you are unfamiliar with the language.

If you’re wondering what Vue.js is all about, read on! This popular framework enables building dynamic single-page applications (SPAs) with modern component-based architecture.

Vue.js uses the virtual DOM often used by other frameworks, including React and Ember. The changes are not made to the DOM; instead, a replica is created using JavaScript data structures.

Whenever there is a need for additional changes, they are made to the Javascript data structures with the latest one compared with the original data. The final changes are then updated within the true DOM, where the user will see changes. This is good for optimization purposes because it can be updated at a faster rate.

You can use the data binding feature to control or assign values to HTML attributes, change styles and assign classes using the binding directive called v-bind that’s available with Vue.js.

Components are a crucial part of Vue.js that enables developers to use customized elements reused in HTML.

Vue.js provides countless ways to integrate the transition method to HTML elements when they are added, updated, or removed from the DOM. Vue.js has a built-in transition subroutine that can be wrapped around the node to transition the aspect. We can readily include third-party animation libraries and insert more interactivity into the interface.

As one of Vue.js’ most essential features, computed properties enable you to view changes made to the existing UI elements and perform the necessary calculations. There are no additional coding requirements for that.

Vue.js templates consist of HTML rendering, allowing the DOM to be bound to the instance of Vue. HTML rendering functions can replace the template.

Watcher is applied to data that changes—for example, a form input box. We don’t have to add any additional events here. The watcher is responsible for handling any data changes making the code easy and efficient.

Vue.js is quickly becoming one of the most popular JavaScript frameworks, and companies worldwide are using it to develop their applications.

From Fortune 500 companies to small software startups, more businesses than ever are turning to this modern framework for their development needs. Many major organizations, such as Netflix, Chess.com, Grammarly, and GitLab are already harnessing the power of Vue.js to create seamless web experiences for their users. Increased demand has also led to the emergence of several organizations specializing in application development with this framework. Thanks to its simple yet powerful design principles and wide range of features like virtual DOM rendering, server-side rendering, and component-based architecture, Vue.js is an ideal choice for creating high-performing web apps.

Vue.js vs. Other Frameworks

The primary purpose of frameworks is to assist developers with standard functionality. Comparing these functionalities can help you decide which framework is best for a project.

Vue.js uses HTML, js, and CSS separately, whereas, in React, HTML and CSS are all part of JavaScript. So the latter can be more challenging for beginners.

#3 Setting up the basic requirements

As for installation, React uses to create a React app, and Vue.jS use Vue-CLI/CDN/NPM. While both are considered relatively easy to set up, Vue does not need a web pack and React does.

Regarding directives, v-if and v-for in Vue are quite similar to ngIf and ngFor in Angular. They also use Angular-CLI and offer two-way data binding and server-side rendering.

The Vue.js CDN library enables beginners to learn and use it more quickly than Angular, requiring a series of installation steps.

As mentioned earlier, Vue file size is much lighter than Angular and, therefore, can perform better depending on the users and apps.

#4 Being merged with other projects

Regarding flexibility, Vue.js is designed to merge with any other big project without any issues. On the other hand, non of the Angular versions, like Angular.js, Angular 2 and Angular 4, cannot efficiently work with other existing projects.

To begin with, templates, routers and components make them very rich as the UI framework works similarly.

Another remarkable similarity between Vue and Ember is their command line tool.

Ember uses a rendering engine instead of virtual DOM to improve its performance. However, virtual DOM is reported to have been more successful in both Vue.js and React.

To answer the question “What is Vue.js” and what is it suitable for, we need to remember that Vue is a popular JavaScript framework for its simplicity, performance, compatibility and flexibility.

With only a basic understanding of HTML and CSS, programmers, coders and developers can pursue a career using Vue.

WildLearner offers free online courses and provides graduates with certificates to help them find the job opportunities they are looking for.