NewsPaperA Gateway to the Coding Job | Blog
No menu items!
More
Home Coding Why and When to Use Redux? Questions Answered by Niche Experts 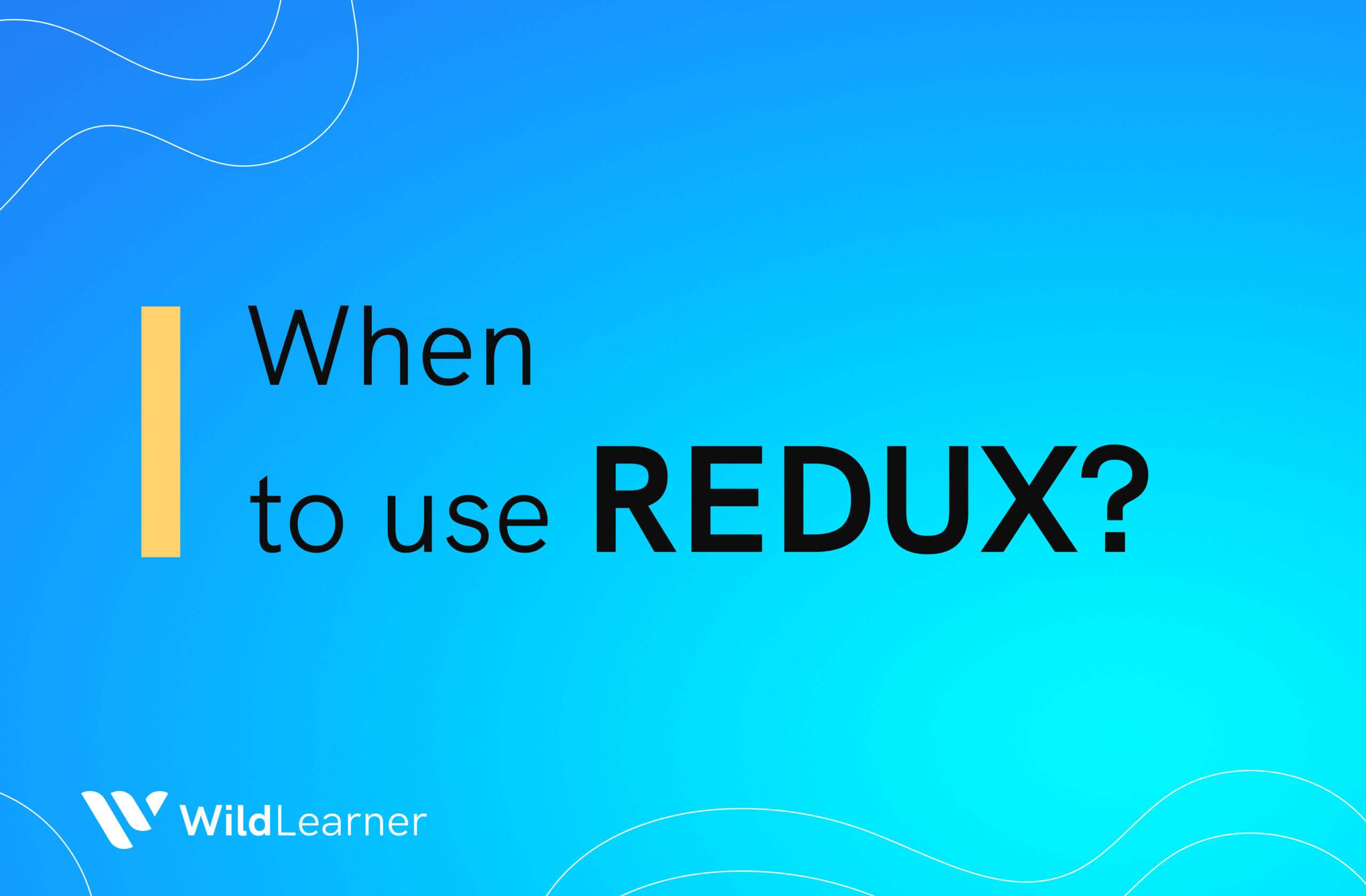 Although it’s not new to programmers, as a JavaScript library, Redux still enjoys its enduring popularity. It’s a potent tool for managing application state in React projects while providing a reliable data layer.

Considering the power of Redux, there are many valid questions asked by developers who are just starting with it: “When should I use Redux? Is it really necessary to add Redux to my project?”

To help our readers get the most out of Redux, today’s article provides expert insights into why developers should leverage Redux. We will also discuss when to use it and when not.

Brief Overview: What is Redux?

As a predictable state management library, Redux helps developers, particularly those who work with React projects, Angular or Vue, to write JavaScript apps that behave consistently and are easy to test.

So what Redux does is keep the application state in a store to make any required state easily accessible to each component from this store.

Providing the application is complex and has multiple components interacting with each other, Redux can be helpful for managing the application’s state. Complex applications can often become difficult to debug without proper state management tools like Redux.

What’s more, if the application needs global state management or has users that need persisting data across page refreshes, Redux is ideal for its efficient methods of storing this type of information.

Pros and Cons of Redux

As with any technology, there are pros and cons to using Redux. Learning the upsides and drawbacks of this container for JavaScript apps can be the first step to understanding when to use Redux.

Redux is widely used with React, whereas it can be a state management tool with any other JavaScript framework or library.

Deciding when to use Redux depends on the size and complexity of the application. Moreover, the data type should be addressed too. Here are several benefits of using Redux.

Lastly, because Redux utilizes immutable objects, any changes made to this data are tracked so they can be undone or redone if needed.

The critical issues with this library should be considered in determining when to use Redux.

On the downside, Redux is based on functional programming principles and can add complexity for developers unfamiliar with the concept.

The need to write extended code can add another complexity to Redux by introducing extra logic and code organization layers. Note that this is not commonly used for simpler projects.

While Redux is one of the most discussed JavaScript libraries, especially in front-end technologies, keeping the entire application state snapshot in one place comes at a cost. Since you cannot encapsulate each component distinctively, reducers can sometimes cause more complexity and less safety.

With React, developers can describe the UI they want to see for the different visual states of their components.

However, when trying to manage a state across multiple components, things get more delicate than local state management. This may happen as you need to pass data to multiple app components, sync them, and store the app state.

Since 2020, React Hooks and Context API have had the edge over Redux for Small codebases and apps that don’t require a lot of constantly refreshing data. In addition, Context API is more beginner-friendly.

On the other hand, developers prefer Redux when they deal with many refreshing states and the codebase is medium-sized or above.

Starting in 2015, Redux solved many problems accessing data without passing it through each component. By gaining such access, developers can read data and make changes to each state from anywhere in the app.

The code structure in React apps that use Redux is quite the same, with special privileges for developers to set it up quickly. Working with any UI layer, Redux has a large ecosystem of add-ons, centralizes the application’s state, and behaves consistently in different environments.

In a React app, each component can process the user input in its state whenever components have parent-child relationships with the component that starts a state change. Otherwise, Redux plays a significant role in sharing input with other components that belong to different parts of the app.

When developing applications, knowing when to use Redux can be the difference between a successful product and an abject failure. As stated above, Redux is an open-source JavaScript library created by Dan Abramov and Andrew Clark that allows developers to manage the application state.

Redux helps developers create applications with consistent behavior across multiple platforms, as well as maintainable codebases. This allows for faster development times and easier maintenance in the long run. It also enables developers to efficiently debug their codebase, allowing for easy fixes or updates down the road. Moreover, Redux simplifies data flow management by ensuring that all components are updated simultaneously whenever a change occurs within the application’s state.

In short, Redux is an invaluable tool for any developer looking to create robust applications that stand up over time.

Redux can be used in any application requiring complex data flow, such as web apps, mobile apps, and even desktop applications.

Using Redux helps developers create more maintainable code as it enables them to easily debug issues with the codebase due to its strict control over the state of the application.

Redux also helps keep code organized by minimizing the number of different stores in an application, which can help reduce complexity and make development easier.

Overall, Redux should be used when dealing with complex data flows within an application or when debugging needs to take place quickly. As it provides a comprehensive set of tools for controlling and maintaining app state, using Redux will undoubtedly result in a better user experience for any given application.

There are plenty of free resources for those interested in learning Redux but don’t know where to start.

One great resource is WildLearner!

The platform provides comprehensive free tutorials on how to use Redux efficiently in your workflow. You’ll be able to understand its core concepts quickly through these tutorials and start developing projects. The tutorials cover various topics, including React-Redux integration. In addition to providing detailed explanations of each concept through intuitive examples, WildLearner also offers practice exercises to help reinforce what you have learned.

Every student gets a free certificate upon completion!

Cases When Not to Use Redux

Developers often rely on Redux to efficiently manage state and data when developing a web application. However, there are certain cases when it is not appropriate to use Redux.

Redux’s best feature – its ability to store data in a single global state object – can easily become a hindrance if the application does not require complex state management.

In simpler applications, where only a local component-level state is needed, Redux can be overkill and slow development time while increasing the code base’s complexity. Similarly, if an application uses server-side rendering or has minimal dynamic functionality, Redux may also be unnecessary. In these cases, developers will be more efficient using a component-level state instead of introducing Redux into their web app stack.

All in all, Redux is a powerful tool for web applications. It helps you manage complex states, enables code reuse, and simplifies error detection. The choice to incorporate Redux into your app’s development largely depends on the size and complexity of your application. If you are developing an application that requires a high degree of state management or code reuse, then Redux is a great choice.

Here are more courses to upgrade your coding skills even further:

Have a tutorial free course in Python programming language in WildLearner!